Longitudinal studies of prospective predictors for pathological Internet use (PIU) in adolescents as well as its course are lacking. This three-wave longitudinal study was conducted within the framework of the European Union-funded project “Saving and Empowering Young Lives in Europe” over a 2-year period. The sample consisted of 1444 students at the baseline investigation (T0); 1202 students after 1 year (T1); and 515 students after 2 years (T2). Structured self-report questionnaires were administered at all three time points. PIU was assessed using the Young Diagnostic Questionnaire (YDQ). In addition, demographic (i.e., gender), social (i.e., parental involvement), psychological (i.e., emotional problems), and Internet use-related factors (i.e., online activities) were assessed as prospective predictors. The prevalence of PIU was 4.3 % at T0, 2.7 % at T1 and 3.1 % at T2. However, only 3 students (0.58 %) had persistent categorical PIU (YDQ score of ≥5) over the 2-year period. In univariate models, a variety of variables that have been previously identified in cross-sectional investigations predicted PIU at T2. However, multivariate regression demonstrated that only previous PIU symptoms and emotional problems were significant predictors of PIU 2 years later (adjusted R 2 0.23). The stability of categorical PIU in adolescents over 2 years was lower than previously reported. However, current PIU symptoms were the best predictor of later PIU; emotional symptoms also predicted PIU over and above the influence of previous problematic Internet use. Both PIU symptoms and emotional problems may contribute to the vicious cycle that supports the perpetuation of PIU. 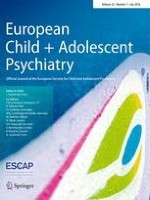