A retrospective case–control study was performed comparing LADG and ODG for AGC. Thirty-five consecutive patients with AGC undergoing LADG between August 2005 and December 2007 were enrolled and these patients were compared with 35 AGC patients undergoing ODG during the same period.

Our data indicate that LADG for AGC, mostly with T3 depth of invasion, yields good oncologic outcomes including the similar early and late complication and the cumulative survival between the two groups after 50 months of follow-up. To be accepted as a choice treatment for advanced distal gastric cancer, well-designed prospective trial to assess long-term outcomes is necessary. 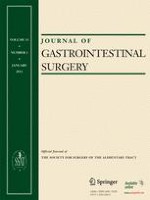 Complex Pancreatic Surgery: Safety and Feasibility in the Community Setting

Analysis of 6,747 Pancreatic Neuroendocrine Tumors for a Proposed Staging System