The aim of this study was to evaluate the capability of sequences acquired on a 7-T MRI scanner, within times and anatomical coverage appropriate for clinical studies, to identify cortical lesions (CLs) in patients with Multiple Sclerosis (MS). Furthermore, we aimed to confirm the clinical significance of CL, testing the correlations between gray matter (GM) lesions and clinical scores.

A 7-T MRI protocol included 3D-T1-weighted and T2*-weighted sequences. Images were evaluated independently by three readers of different experience, and the number of CLs was recorded. Between-rater concordance was assessed calculating the intraclass correlation coefficient (ICC). Lin’s concordance correlation coefficient was used to compare CL detection between sequences, while partial correlations and multivariable regression models were used to study the relationship between CL and clinical data.

CL can be identified over the whole brain at 7-T in MS using a 3D-T1-weighted volume, acquired in a clinically feasible time and with comparable performance to that achievable using the T2*-weighted sequence. Based on the central role of CL in the development of clinical disability, we suggest that 3D-T1-weighted volume may play a role in the evaluation of CL in MS undergoing MRI on ultra-high-field scanners. 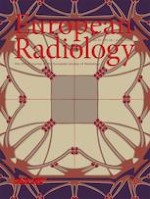