The objective of this study is to compare the efficacy and safety of diode laser enucleation of the prostate (DiLEP) with plasmakinetic enucleation of the prostate (PKEP) for symptomatic benign prostatic hyperplasia (BPH) patients with large prostate (volume > 80 ml). From January 2013 to June 2014, 80 consecutive patients were randomized treated with DiLEP (n = 40) or PKEP (n = 40). Perioperative and postoperative outcome data were assessed during a 1-year follow-up. There were no significant preoperative differences between the two surgical groups. The mean prostate volumes in the DiLEP and PKEP groups were 98.6 and 93.3 ml, respectively. DiLEP was equivalent to PKEP in improvement in International Prostate Symptom Score (IPSS), quality of life scores, and maximum flow rate. Compared with PKEP, patients treated with DiLEP showed a lower risk of blood loss (P < 0.01), shorter bladder irrigation and catheterization times (P < 0.01), as well as shorter hospital stays (P < 0.01). Moreover, the DiLEP group was significantly superior to bipolar plasmakinetic group in the irritative symptoms. However, the operation time of the DiLEP group was longer than that of PKEP group (P = 0.02). Both DiLEP and PKEP are safe and effective methods for the treatment of BPH in large prostates (volume > 80 ml). Compared with PKEP, DiLEP provides a decreased risk of hemorrhage, reduced bladder irrigation, and catheterization times, as well as shorter hospital stays. 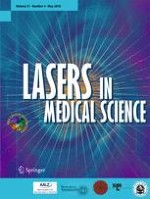 The impact of Er:YAG laser enamel conditioning on the microleakage of a new hydrophilic sealant—UltraSeal XT® hydro™