The growing interest in brain networks to study the brain’s function in cognition and diseases has produced an increase in methods to extract these networks. Typically, each method yields a different network. Therefore, one may ask what the resulting networks represent. To address this issue we consider electrocorticography (ECoG) data where we compare three methods. We derive networks from on-going ECoG data using two traditional methods: cross-correlation (CC) and Granger causality (GC). Next, connectivity is probed actively using single pulse electrical stimulation (SPES). We compare the overlap in connectivity between these three methods as well as their ability to reveal well-known anatomical connections in the language circuit. We find that strong connections in the CC network form more or less a subset of the SPES network. GC and SPES are related more weakly, although GC connections coincide more frequently with SPES connections compared to non-existing SPES connections. Connectivity between the two major hubs in the language circuit, Broca’s and Wernicke’s area, is only found in SPES networks. Our results are of interest for the use of patient-specific networks obtained from ECoG. In epilepsy research, such networks form the basis for methods that predict the effect of epilepsy surgery. For this application SPES networks are interesting as they disclose more physiological connections compared to CC and GC networks. 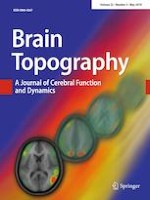