The aim of this study is to evaluate the cost-effectiveness of an extended use of 3D non-fluoroscopic mapping systems (NMSs) during paediatric catheter ablation (CA) in an adult EP Lab. This study includes 58 consecutive patients (aged between 8 and 18) who underwent CA from March 2005 to February 2015. We compare the fluoroscopy data of two groups: group I, patients who underwent CA from 2005 to 2008 using only fluoroscopy, and group II, patients who underwent CA from 2008 to 2015 performed also using NMSs. Two cost-effectiveness analyses were carried out: the first method was based on the alpha value (AV), and the second one was based on the value of a statistical life (VSL). For both methods, a children’s correction factor was also considered. The reduction cost estimated from all these methods was compared to the real additional cost of using NMSs. The use of an NMS during a CA procedure has led to an effective dose reduction (ΔE) of 2.8 milli-Sievert. All presented methods are based on parameters with a wide range of values. The use of an NMS, applying directly AV values or VSL values, is not cost-effective for most countries. Only considering the children’s correction factor, the CA procedure using an NMS seems to be cost-effective. The cost-effectiveness of a systematic use of NMSs during CA procedures in children and teenagers remains a challenging task. A positive result depends on which value of AV or VSL is considered and if the children’s correction factor is applied or not. 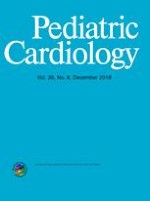 Hepatic Changes in the Fontan Circulation: Identification of Liver Dysfunction and an Attempt to Streamline Follow-up Screening