Spinal muscular atrophy (SMA) is an autosomal recessive neuromuscular disorder. In SMA, a mutation in the survival motor neuron gene ( SMN1) at locus 5q13.2 leads to degeneration of alpha motor neurons, resulting in progressive muscular weakness [ 1]. The majority of patients (92%) have a homozygous SMN1 deletion. In the remaining patients, point mutations are found or SMA is caused by mutations in other genes [ 2]. A homologous copy of the SMN1 gene, the SMN2 gene, is presented at the same chromosome, which is capable of producing about 10–20% of full-length SMN protein [ 3, 4]. SMN2 is presented in varying copying copies, which plays a role in the heterozygosity of the phenotype [ 5– 7].
The clinical classification system is based on the age of symptom onset and the maximum motor function achieved [ 8, 9]. Type I SMA (Werdnig–Hoffmann disease) has an onset in the first months of life. Patients are never able to sit without support and without ventilatory support most patients will not survive after 2 years [ 10, 11]. Type II patients, with onset between six and 18 months of age, reach the ability to sit independently. Type III (Kugelberg–Welander disease) is less severe, with onset after 18 months of age. Patients gain the ability to walk independently and usually survive into adulthood [ 8, 9, 12].
Anzeige
According to the literature, SMA due to SMN1 mutations has an incidence of approximately 1 in 10,000 newborns [ 13– 18] and a prevalence of approximately 1–2 per 100,000 persons [ 13, 19]. Most patients suffer from SMA type I [ 15]. However, no worldwide studies have been performed. Numbers are mainly based on small studies, many of which predate genetic testing and with classification schemes that have changed over the years, highlighting the need for contemporary data.
This study aimed to estimate the worldwide incidence of SMA and the research ready and accessible population, using a by combination of multiple sources, including genetic laboratories and patient and clinical registries.

Genetic laboratories testing for SMN1 were identified using publically available information as well as expert input and validation using the following sources: the Eurogentest/Orphanet database of diagnostic laboratories, the European Directory of DNA Diagnostic Laboratories (EDDNAL), the laboratory database via GeneTests.org, the Genetic Testing Registry (GTR) from NCBI, several country-specific websites, and personal communication with patient registry curators and researchers from specific countries.
Responses from genetic laboratories were collected via an online survey ( http://​www.​surveymonkey.​net) to determine the number of patients with a genetically confirmed diagnosis. The structured survey included questions about diagnostic techniques, total numbers of positive diagnoses, excluding prenatal, in 2015 and in the 5-year period (1 January 2011–31 December 2015). The survey was distributed via personalised emails. Two reminders were sent out and up to three further follow-ups were performed fortnightly via telephone and email. In relevant countries, local experts were consulted to determine the important genetic laboratories and their sizes.
Anzeige

The TREAT-NMD Alliance ( http://​www.​treat-nmd.​eu) is an international network for rare inherited neuromuscular disorders providing an infrastructure to increase international collaboration between clinical and scientific experts, accelerate therapy development, improve patient care with best-practice consensus guidelines, and deliver services for industry [ 20]. Two key elements of TREAT-NMD are the Global Patient Registries and the Care and Trial Site Registry (CTSR).
The Global SMA Patient Registry consists of national patient registries, collecting a number of mandatory and highly encouraged items (genetic and clinical) of genetically confirmed patients. These can be self-reported and/or provided by professionals. More than 5000 SMA patients worldwide have been enrolled in TREAT-NMD-associated registries [ 21]. The TREAT-NMD Global Database Oversight Committee (TGDOC), comprised of representatives of national registries governs the Global SMA Patient Registry. The TGDOC reviews all enquiries to the Global Patient Registry and approved the enquiry of this study.
The CTSR is an online database of NMD‐specialist clinical sites and medical centres, providing information about the facilities, equipment, personnel, and experience of these sites as well as about patient cohorts [ 22]. Currently, more than 330 expert centres regularly provide updates to the CTSR (personal communication).
We requested information about living patients from the Global Patient Registry and the CTSR to determine the accessible SMA population. An enquiry was submitted to the Global Patient Registry for the total number of genetically diagnosed patients alive on 1 September 2015, stratified by type of SMA (I–III), current age, and sex. The CTSR provided data on the number of clinically diagnosed patients per site on 15 December 2015, stratified by SMA type (I–III) and age. There is known overlap between these two registries.

Initially, the survey was distributed to genetic labs worldwide; however, due to low level of response and difficulties with identifying all laboratories in the countries outside of Europe, it was decided to focus on Europe. Here, we present the results of the survey responses received from 122 laboratories across 27 countries. In total, 4653 patients were genetically diagnosed with SMA in the 5-year period 2011–2015, of which 992 in 2015 alone.
Sufficient information (response from laboratories responsible for >80% of all SMA tests, presumably yielding more complete data on genetically confirmed SMA patients) was obtained from 18 countries. In these countries, there were 22.3 million live births in the period 2011–2015, of which 4.5 million were in 2015. In 2015, 784 new SMA cases were identified and 3776 over the period 2011–2015 (for one country, only patient numbers for 2015 were available). Incidence rates were comparable in 2015 and 2011–2015 (Table  1). The median incidence of SMA in the period 2011–2015 was 11.9 per 100,000 [range 6.3–26.7 per 100,000 (~1 in 3900–16,000)].
Table 1
Incidence rate from genetic laboratories
Countries ordered by geographical location
aIn case a laboratory could not provide data for 2011–2015, the number for 2015 was multiplied by five as an estimation (unless laboratory indicated, they started testing at a later timepoint)
bNo numbers are given for 2011–2015, since the only laboratory in Hungary stated that they started testing in 2015
cFor Cyprus, population data were used from the Statistical Service of Cyprus (CYSTAT) instead of the United Nations to obtain numbers for the Greek part of Cyprus only

We would like to thank all curators, patients, and families of the national patient registries, who participated in the TREAT-NMD Global Patient Registry enquiry. Also to all genetic laboratories that participated in the survey and the various experts in different countries who helped and advised us in identifying the genetic laboratories. AR receives funding from SMA Support UK. HL receives funding from the Medical Research Council as part of the MRC Centre for Neuromuscular Diseases (Reference G1002274, Grant ID 98482).

Agata Robertson is the curator of the UK SMA patient registry, Rebecca Leary is the TREAT-NMD Programme and Kirsten König and Janberd Kirschner are the Care and Trial Site Registry coordinators. Cynthia C. Jones is employed by and stock holder of Biogen MA Inc. and Suzanne F. Cook is a consultant to Biogen MA Inc. The study was funded by a Grant from Biogen MA Inc.

This study was approved by the institutional ethics committee. The study was conducted in accordance with the ethical standards laid down in the declaration of Helsinki of 1964 and its later amendments.
Open AccessThis article is distributed under the terms of the Creative Commons Attribution 4.0 International License ( http://​creativecommons.​org/​licenses/​by/​4.​0/​), which permits unrestricted use, distribution, and reproduction in any medium, provided you give appropriate credit to the original author(s) and the source, provide a link to the Creative Commons license, and indicate if changes were made. 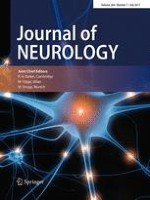