CIEDs underwent baseline interrogation. In ICDs, antitachycardia therapies were disabled via the programmer while the detection windows were left enabled. A computed tomography (CT) scan was performed to build the corresponding treatment plan. CIEDs were “blinded” and randomized to receive single doses of either 2, 5, or, 10 Gy via a 6-MV linear accelerator (linac) in a water phantom. Twenty-two wireless telemetry-enabled CIEDs underwent a real-time session, and their function was recorded by the video camera in the bunker. The CIEDs were interrogated after exposure and once monthly for 6 months. 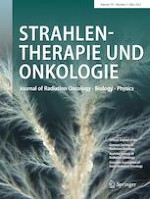