During an educational dissection of a 72-year-old Chinese male cadaver, the hemiazygos vein (HAV) coursing the left side that drains into the persistent left superior vena cava was observed. The HAV was formed at the junction of the 9th to 11th right posterior intercostal veins, right subcostal vein, 5th to 11th left posterior intercostal veins, and left subcostal vein; it then ascended posteriorly to the thoracic aorta. After collecting the accessory hemiazygos vein, it crossed over the aorta and the pedicle of the left lung via the hemiazygos arch, then converged with a communicative branch (vein of Marshall) that emerged from the left brachiocephalic vein to form the persistent left superior vena cava and entered the pericardium at the level of the sixth thoracic vertebra. Upon opening the pericardium of our cadaver, the persistent left superior vena cava was found to drain directly into the significantly dilated coronary sinus at the level of the eighth thoracic vertebra. The azygos vein was formed by the union of the first to eighth right posterior intercostal veins and appeared to be finer and shorter than the HAV. The persistent left superior vena cava might be the result of incomplete degeneration of the left posterior cardinal vein. Knowledge of such variations could be of great value to surgeons placing peripherally inserted central catheters because incorrect placement of the azygos venous system can be detrimental to the patient. In addition, during heart surgery, awareness of such variations may prevent major complications, such as hemorrhage or damage to vascular structures, and possibly also provide new insights and perspectives to cardiovascular surgeries. 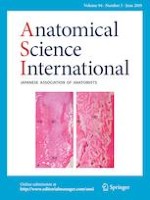