The TR2017 can improve the prognostic ability of the TR2005 in patients with MSCC. This could affect the preoperative evaluation of patients suffering from MSCC. 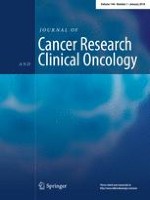 Qualitative evaluation of mobile cancer apps with particular attention to the target group, content, and advertising