Vitamin D deficiency (VDD) is associated with an increased risk of various diseases. Serum 25-hydroxyvitamin D [25(OH)D] concentration is the best marker for vitamin D status and its concentration < 20 ng/mL indicates VDD. However, its measurement is not easily applicable for the evaluation of vitamin D status in the general population because of its cost. Therefore, we aimed to develop a simple questionnaire for easily identifying the risk of VDD. From the total sample (649 healthy subjects aged 19–70 years), 434 and 215 subjects were randomly assigned to the derivation and the validation cohort, respectively. Prediction model for VDD was developed by backward logistic regression analysis. The regression β coefficients of the significant predictors were transformed into integral numbers and used for the individual score. These individual scores were summed to calculate the total risk score (VDD questionnaire for Japanese score: VDDQ-J score). VDD was present in 54.1% of the total subjects. The model for the prediction of VDD consisted of 7 predictors. Areas under the curve were 0.78 and 0.75 in the data set of internal validation and of the external validation, respectively. The cutoff value was determined to be 31 points (range 0–54) with the sensitivity/specificity and positive predictive value/negative predictive value of 61%/79%, and 81%/57%, respectively. Our VDDQ-J score is easy to answer by the wide range of subjects, and well predicts VDD. This risk score would be useful to identify subjects at risk for VDD both in clinical and epidemiological settings. 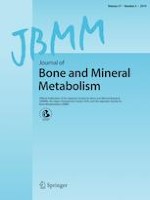