Once ethical approval was obtained, gas samples were aspirated from the peritoneal cavity after human laparoscopic intraabdominal surgery solely using either electrocautery or ultrasonic scalpels. All were adsorbed in Tenax tubes and concentrations of carcinogenic or irritant volatile hydrocarbons measured by gas chromatography. The results were compared with cigarette smoke and urban city air control samples. The analyzing laboratory was blinded to sample origin. 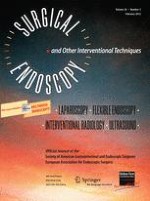 Robotic and laparoscopic gastric bypass: are they comparable?

Peritoneal changes due to laparoscopic surgery