Patients with cancer often have an overly optimistic view of prognosis, as well as potential benefits of treatment. Patient–surgeon communication in the preoperative period has not received as much attention as communicating prognosis or bad news in the postoperative setting.

The published literature on patient–physician communication in the preoperative setting among patients considering surgery for a malignant indication was reviewed. PubMed was queried for MESH terms including “surgery,” “preoperative,” “discussion,” “treatment goals,” “patient perceptions,” and “cure.” Information on how surgeons and patients may be empowered to improve communication about goals of care was also outlined.

Physicians tended not to dwell on prognosis in early discussions, instead emphasizing the uniqueness of individuals and the uncertainty of statistics. The treatment plan often became the dominant feature of the conversation and functioned to deflect attention from discussions of prognosis. Surgeons tended to understate possible complications and provided little detail regarding potential severity or long-term consequences. While most patients wished to be informed of their prognosis, only a subset actually received an estimate of life expectancy. Because optimism with respect to prognosis (often simplified as “hope”) has been largely considered essential for positivity and optimism—even a false or inappropriate optimism—many providers have created, tolerated, or enabled it. Several studies have emphasized, however, that hope can be maintained with truthful discussion, even if the topic is a bad prognosis or eventual death. 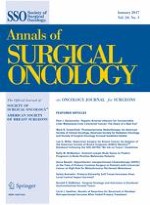 Impact of an In-visit Decision Aid on Patient Knowledge about Contralateral Prophylactic Mastectomy: A Pilot Study