Questionnaires relating to ablation protocols for radiofrequency ablation (RFA) and cryoablation, as well as ancillary procedures required for safe and secure ablation therapy, were sent to seven institutions. Experts from these institutions discussed each topic based on the evidence and the questionnaire data, and a consensus was reached at an annual meeting of the Japan Image-guided Ablation Group in Maebashi, Japan, in October 2015.

A consensus was reached on each of six topics, including “management of antiplatelet and anticoagulation drug therapy”; “pain control in the perioperative period”; “arterial embolization combined with ablation therapy”; “protection of non-target organs”; “RFA and cryoablation protocols”; and “ablative margins.”

The consensus achieved here will serve as the framework for tumor ablation therapies in Japan. 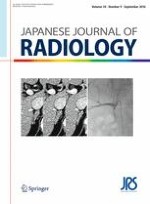 Can an enhanced thin-slice computed tomography delineate the right adrenal vein and improve the success rate?