The diagnosis of peri-procedural myocardial infarction is complex, especially after the emergence of high-sensitivity markers of myocardial necrosis. 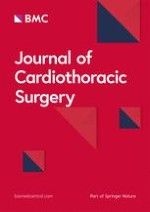 Surgical resection of advanced non-small cell lung cancer after a response to EGFR-TKI: presentation of two cases and a literature review