The accuracy of vector flow mapping (VFM) was investigated in comparison to stereo particle image velocimetry (stereo-PIV) measurements using a left ventricular phantom. VFM is an echocardiographic approach to visualizing two-dimensional flow dynamics by estimating the azimuthal component of flow from the mass-conservation equation. VFM provides means of visualizing cardiac flow, but there has not been a study that compared the flow estimated by VFM to the flow data acquired by other methods.

A reproducible three-dimensional cardiac blood flow was created in an optically and acoustically transparent left-ventricle phantom, that allowed color-flow mapping (CFM) data and stereo-PIV to be simultaneously acquired on the same plane. A VFM algorithm was applied to the CFM data, and the resulting VFM estimation and stereo-PIV data were compared to evaluate the accuracy of VFM.

The velocity fields acquired by VFM and stereo-PIV were in excellent agreement in terms of the principle flow features and time-course transitions of the main vortex characteristics, i.e., the overall correlation of VFM and PIV vectors was R = 0.87 (p < 0.0001). The accuracy of VFM was suggested to be influenced by both CFM signal resolution and the three-dimensional flow, which violated the algorithm’s assumption of planar flow. Statistical analysis of the vectors revealed a standard deviation of discrepancy averaging at 4.5% over the CFM velocity range for one cardiac cycle, and that value fluctuated up to 10% depending on the phase of the cardiac cycle. 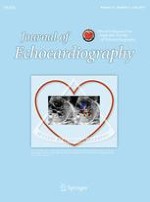