Appropriate anatomic concepts for surgery to treat femoroacetabular impingement require a precise appreciation of the native acetabular anatomy. We therefore determined (1) the spatial acetabular rim profile, (2) the topography of the articular lunate surface, and (3) the 3-D relationships of the acetabular opening plane comparing 66 bony acetabula from 33 pelves in female and male pelves. The acetabular rim profile had a constant and regular wave-like outline without gender differences. Three prominences anterosuperiorly, anteroinferiorly and posteroinferiorly extended just above hemispheric level. Two depressions were below hemispheric level, of 9° at the anterior wall and of 21° along the posterosuperior wall. In 94% of all acetabula, the deepest extent of the articular surface was within 30° of the anterosuperior acetabular sector. In 99% of men and in 91% of women, the depth of the articular surface was at least 55° along almost half of the upper acetabular cup. The articular surface was smaller in women than in men. The acetabular opening plane was orientated in 21° ± 5° for version, 48° ± 4° for inclination and 19° ± 6° for acetabular tilt with no gender differences. We defined tilt as forward rotation of the entire acetabular cup around its central axis; because of interindividual variability of acetabular tilt, descriptions of acetabular lesions during surgery, CT scanning and MRI should be defined and recorded in relation to the acetabular notch. Acetabular tilt and pelvic tilt should be separately identified. We believe this information important for surgeons performing rim trimming in FAI surgery or performing acetabular osteotomies. 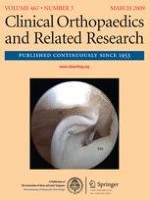 Reply to Letter to Editor