Muscle injuries are common in professional football, even though prevention protocols are being implemented. Genetics constitutes a novel field for studying intrinsic injury risks and performance. Since previous studies involving single nucleotide polymorphisms (SNPs) have shown that SNPs influence muscle injury rate, injury severity and recovery time, the aim was to study the association the SNP of ACTN3 has with those parameters in professional football players.

Injury rate was associated with the SNP of ACTN3 (p = 0.003). The 577R allele was more frequent in subjects than in a normal population by showing presence in 93% of the subjects and suggesting that it could influence football performance. No statistically significant differences in injury severity and recovery time were associated with the SNP of ACTN3.

Genetics is gaining in importance when assessing injury risk and performance in professional football. ACTN3 can be regarded as a biomarker of injury susceptibility in this discipline. Identifying those players with the highest injury susceptibility through genetics could lead football teams to individualise workloads and prevention protocols. 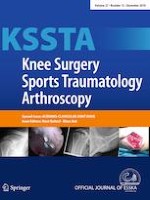