This is a descriptive cross-sectional study. Data were collected using an anonymous questionnaire from the database of pilgrims with DM, who sought medical care in mobile clinics in Mina during the peak period of Hajj from 31 August to 4 September 2017. Data were entered afterwards into an Excel sheet and analyzed using SPSS. 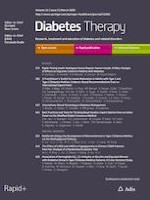 The Effect of LM25 and LM50 on Hypoglycemia in Chinese T2DM Patients: Post Hoc Analysis of a Randomized Crossover Trial

A Practitioner’s Toolkit for Insulin Motivation in Adults with Type 1 and Type 2 Diabetes Mellitus: Evidence-Based Recommendations from an International Expert Panel

Rapid-Acting Insulin Analogues Versus Regular Human Insulin: A Meta-Analysis of Effects on Glycemic Control in Patients with Diabetes