A significant fraction of patients with acute liver failure (ALF) suffer from a concomitant acute kidney injury (AKI), the mechanism of which is probably multifactorial. Cadmium (Cd) is a widespread environmental pollutant and a tubulotoxic metal that accumulates in the liver. We tested the hypothesis that a release of Cd during ALF may cause a redistribution of Cd from the liver to the kidneys and play a role in the occurrence of ALF-associated AKI.

Twenty patients with ALF (ALF-patients), 20 patients from the ICU with no liver damage at admission (ICU-controls) and 20 healthy controls were recruited to compare the 24-h urinary excretion rate of Cd with that of lead (Pb), a nephrotoxic metal that does not accumulate in the liver, and zinc (Zn), a non-nephrotoxic element found in high amounts in the liver. The excretion rates of the low-molecular-weight proteins (LMWPs) were monitored.

ALF-patients excreted markedly more Cd than the healthy controls and ICU-controls. In ALF-patients, the four urinary LMWPs (RBP, β2-MG, CC16 and α1-MG) increased as a function of Cd excretion, with high correlation coefficients. The prevalence of patients excreting a high amount of LMWPs also increased with increasing Cd excretion. No relationship was found between the other elements investigated and the LMWPs, with the exception of copper, which shares close toxicokinetic similarities with Cd.

This study shows a strong association between urinary Cd levels and the excretion rates of LMWPs in patients with ALF. A causal relationship is possible but could not be fully demonstrated in this study. 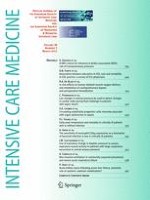 Association between education in EOL care and variability in EOL practice: a survey of ICU physicians