The presence of visible gas on radiography, computed tomography (CT), or magnetic resonance imaging (MRI) is associated with various pathological conditions, ranging from severe infections caused by gas-producing organisms to cutaneous and subcutaneous tissue disruption that allows an interface with the air [ 1]. A high index of suspicion surrounds the finding of gas because of the virulence of conditions such as gas gangrene and necrotizing fasciitis [ 1‐ 12]. Gas dissecting into the orbital soft tissues as a result of bacterial activity is a rapidly progressive, extremely serious, life-threatening ophthalmological emergency [ 1‐ 12]. Gas gangrene (myonecrosis) and necrotizing fasciitis can cause necrosis of tissues and systemic shock with multiorgan failure, sometimes within a matter of hours [ 1‐ 3, 13]. It is well known that the usual causative organisms in gas-producing infection from a contaminated wound are clostridial species: Clostridium perfringens accounts for the majority of cases (over 80 %), while most other cases are caused by other Clostridium species [ 1‐ 3]. Clostridial infection is always associated with necrosis, and very often associated with poor functional and anatomical outcome [ 1‐ 4]. However, a variety of other non-clostridial organisms, both aerobes and anaerobes, may also produce infections in which gas is demonstrable: Escherichia coli, Proteus species, Pseudomonas aeruginosa, Bacteroides, Klebsiela pneumoniae, Prevotella species, Staphylococcus aureus, Peptostreptococcus species, Fusobacterium species, and Streptococcus pyogenes are only the species reported most often in the literature [ 2]. …
Anzeige 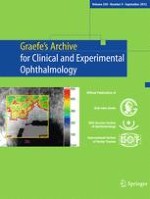