The aim of this study was to retrospectively study survival and long-term morbidities of children with nasopharyngeal carcinoma (NPC) treated by induction chemotherapy and concurrent chemoradiation (CRT). The total dose of radiation was adapted to the response following neoadjuvant chemotherapy.

Children with non-metastatic NPC treated in France between 1999 and 2015 were retrospectively included in the study. The strategy combined neoadjuvant platinum-based chemotherapy, followed by adapted CRT to tumor response.

The survival rates for NPC have been considerably improved by means of multimodal therapy, but long-term locoregional morbidity remains common. Use of IMRT may induce less residual odynophagia. Radiation dose reduction adapted to chemotherapy response does not have a negative impact on outcome. These findings support the use of an RT protocol adapted to the tumor response to neoadjuvant chemotherapy for a long-lasting improvement in the patient’s quality of life. 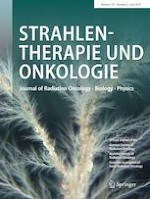