Objectives We describe current use of long acting reversible contraception LARC (tier 1), hormonal (tier 2), barrier and traditional contraceptive methods (tier 3) by adolescent women in Mexico. We test whether knowledge of contraceptive methods is associated with current use of LARC. Methods We used the 1992, 1997, 2006, 2009 and 2014 waves of a nationally representative survey (ENADID). We used information from n = 10,376 (N = 3,635,558) adolescents (15–19 years) who reported ever using any contraceptive method. We used descriptive statistics and logistic regression models to test the association of knowledge of method tiers with use of tier 1 (LARC) versus tier 2, tier 3, and no contraceptive use. Results Over time, LARC use in the overall sample was flat (21 % in 1992, 23 % in 2014; p = 0.130). Among adolescents who have had a pregnancy, LARC use has increased (24 % in 1992 to 37 % in 2014). Among adolescents who did not report a pregnancy, current LARC use has remained low (1 % in 1992 and 2 % in 2014). We found positive association between LARC use and knowledge of tier 1 methods. In the overall sample LARC use is strongly correlated with exposure to marriage compared to use of tier 2 or tier 3 methods. Discussion Among adolescents in Mexico who are currently using modern methods, LARC use is relatively high, but remains primarily tied to having had a pregnancy. Our study highlights the need to expand access to LARC methods outside the post-partum hospital setting. 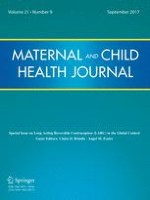 The Rise of Female Sterilization: A Closer Look at Colombia