Thyroid nodules are less common in children than in adults. However, pediatric thyroid nodules have a higher rate of malignancy compared to those in adults, and increased risk of metastasis and recurrence. In the present study, we analyzed the clinical features as well as laboratory and thyroid ultrasound (US) findings of children and adolescents with thyroid nodules to identify predictive factors of thyroid cancer. We retrospectively analyzed 275 patients with thyroid nodules under 18 years of age who visited Severance Children’s Hospital between January 2005 and May 2017. Among them, 141 patients who underwent ultrasonography-guided fine needle aspiration biopsy (FNAB), and four patients without FNAB who underwent surgical resection, were included in this study. The remaining 125 patients without FNAB and five patients with follow-up loss after FNAB were excluded. Clinical, laboratory, and US data were evaluated in 145 patients to establish the potential predictive factors of thyroid cancer. Thyroid malignancies were observed in 101 patients. Grade 2 goiters were seen more often in benign nodule group. Hypoechoic nodules, nodules with microcalcifications, abnormal lymph nodes, and irregular margins were findings significantly associated with thyroid cancer. The findings of hypoechoic nodule, nodule with microcalcifications, and abnormal lymph nodes showed statistical significance in predicting thyroid cancer.
Conclusion: Hypoechoic nodules, nodules with microcalcifications, and abnormal lymph nodes are predictive factors for thyroid cancer in children. Therefore, further diagnostic evaluations, including FNAB, should be considered in patients with such findings. 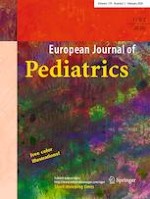 The pitfalls and promise of liquid biopsies for diagnosing and treating solid tumors in children: a review