The United States is in the midst of an opioid overdose epidemic, with a significant portion of the burden associated with prescription opioids. In response, the CDC released a Guideline for Prescribing Opioids for Chronic Pain, which promotes access to treatment for opioid use disorder. Decades of research have linked childhood adversity to negative health and risk behavior outcomes, including substance misuse. Our present study builds upon this work to examine the relationship between adverse childhood experiences (ACEs) and prescription opioid misuse. We compiled data from the Behavioral Risk Factor Surveillance System implemented by Montana and Florida in 2010 and 2011, respectively. Logistic regressions (run in 2017) tested the associations between ACEs and subsequent prescription pain medicine/opioid misuse outcomes in adulthood. ACEs were prevalent, with 62.7% of respondents in Montana and 50% in Florida reporting at least one ACE. The presence of ACEs was positively associated with prescription opioid misuse across both samples. Respondents reporting three or more ACEs had increased odds of taking opioids more than prescribed, without a prescription, and for the feeling they cause. Our results support a strong link between ACEs and prescription opioid misuse. Opportunities to prevent opioid misuse start with assuring safe, stable, nurturing relationships and environments in childhood and across the lifespan to prevent ACEs from occurring, and intervening appropriately when they do occur. Substance use prevention programs for adolescents, appropriate pain management and opioid prescribing protocols, and treatments for opioid use disorder can address ACEs by enhancing treatment safety and effectiveness and can reduce the intergenerational continuity of early adversity. 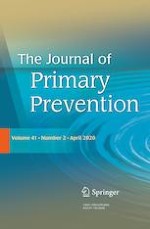 Club Fit: Development of a Physical Activity and Healthy Eating Intervention at a Boys & Girls Club After School Program

Psychosocial Correlates of Emotional Eating and Their Interrelations: Implications for Obesity Treatment Research and Development