In this retrospective study of a prospective non-elective spine surgery cohort performed in a quaternary spine center, surgery was defined as ‘in-hours’ if performed between 0700 and 1600 h from Monday to Friday or ‘after-hours’ if more than 50% of the operative time occurred between 1601 and 0659 h, or if performed over the weekend. The association of ‘after-hours’ surgery with AEs, surgical duration, intraoperative estimated blood loss (IOBL), length of stay and in-hospital mortality was analyzed using stepwise multivariate logistic regression.

Non-elective spine surgery performed ‘after-hours’ is independently associated with increased risk of perioperative adverse events, length of stay and possibly, mortality. Research is needed to determine the specific factors contributing to poorer outcomes with ‘after-hours’ surgery and strategies to minimize this risk. 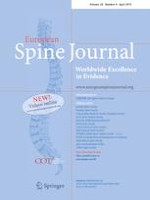