The clinical courses of sporadic amyotrophic lateral sclerosis (ALS) show extensive variability. Our objective was to elucidate how age of onset influences the progression of regional symptoms and functional losses in sporadic ALS. We included 648 patients with sporadic ALS from a multicenter prospective ALS cohort. We investigated the distribution of initial symptoms and analyzed the time from onset to events affecting activities of daily living (ADL) as well as the longitudinal changes in each regional functional rating score among four groups with different ages of onset. The frequencies of dysarthria and dysphagia as initial symptoms were higher in the older age groups, whereas weakness of upper limbs was the most common initial symptom in the youngest age group. The survival times and the times from onset to loss of speech and swallowing were significantly shorter in the older age group (p < 0.001), although the times from onset to loss of upper limb function were not significantly different among the age groups. According to joint modeling analysis, the bulbar score declined faster in the older age groups (<50 vs. 60–69 years: p = 0.029, <50 vs. ≥70 years: p < 0.001), whereas there was no significant correlation between the age of onset and decline in the upper limb score. Our results showed that age of onset had a significant influence on survival time and the progression of bulbar symptoms, but had no influence on upper limb function in sporadic ALS. 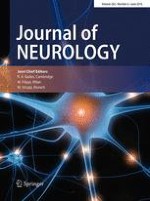 Triple trouble: a striking new phenotype or competing genes in a family with hereditary spastic paraplegia