Foreign body airway obstruction is a significant public health issue around the world. Mochi, a traditional sticky rice cake in Japan, has gained popularity in many countries including the USA. However, the associated aspiration danger has not yet been well recognized.

We describe three cases of foreign body airway obstruction due to mochi. Case 1 was an elderly man who was brought to the emergency department by an ambulance after he choked on mochi. Despite extensive efforts to remove pieces of mochi including use of Magill forceps, bronchoscopy, and endotracheal intubation, he suffered severe hypoxia and died. Case 2 was a middle-aged man who was found unconscious in a park. The rhythm upon arrival was pulseless electrical activity. During intubation, large pieces of mochi were found in the oropharynx and removed with Magill forceps. He developed aspiration pneumonitis and hypoxic brain injury. The patient was discharged to a skilled nursing facility with severe neurological disability. Case 3 was an elderly man who choked while eating soup with mochi at home. His initial cardiac rhythm was asystole. During intubation, obvious foreign body was found in the oropharynx. Several pieces of mochi were removed by suctioning through the endotracheal tube. He suffered severe hypoxic injury and died. 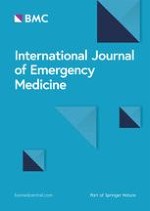 Rate of bacteremia in the hemodialysis patient presenting to the emergency department with fever: a retrospective chart review

EMS providers do not use FOAM for education