There is a lack of objective factors which can be used in guiding the return to sport (RTS) decision after an anterior cruciate ligament reconstruction (ACLR). The purpose of the current study was to conduct qualitative analysis of the single leg hop (SLH) in patients after ACLR with a simple and clinical friendly method and to compare the possible difference in movement pattern between male and female patients.

Although LSI scores were > 90%, clinical relevant altered movement patterns were detected in the injured leg compared to the non-injured leg. Caution is warranted to solely rely on LSI scores to determine RTS readiness. 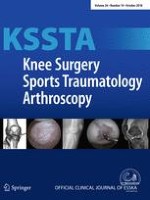 Concomitant injuries may not reduce the likelihood of achieving symmetrical muscle function one year after anterior cruciate ligament reconstruction: a prospective observational study based on 263 patients