The purpose of this study was to assess the hypoglycemic and protective activities of the ethanolic extract of Allium saralicum (AS) in streptozotocin (STZ) induced diabetic mice. Diabetes was experimentally induced by intraperitoneal injection of STZ (60 mg/kg bw) in 35 mice. Fasting blood glucose (FBG) levels were measured everyday using glucometer strips. Mice with plasma glucose level > 250 mg/dL were considered diabetic. After 3 days, they were divided randomly into five groups. Groups 1 and 2 served as non-diabetic and untreated diabetic controls, respectively. Group 3 received 0.5 mg/kg glibenclamide orally. Groups 4 and 5 were given 200 and 400 μg/kg, respectively, of AS for 15 days orally. At 16th day, the animals were dissected and their kidney removed. The total volume of cortex, medulla, renal tubules, and glomeruli as well as the length of vessels and renal tubules was estimated using stereological method. Daily treatment of diabetic mice with high dose of AS significantly (p ≤ 0.05) declined FBG levels at days 10–13 of the experiment faster than glibenclamide. High dose of AS could significantly (p ≤ 0.05) improve the volume of cortex, glomeruli, proximal tubules, distal tubules, vessels, and total length of proximal tubules and vessels. Moreover, glomerular loss was significantly (p ≤ 0.05) inhibited with high dose of AS. It concluded that Allium saralicum could improve hyperglycemia and ameliorated renal changes following diabetes in STZ-induced diabetic mice. So, according to these features, it could be used as an antidiabetic supplement. 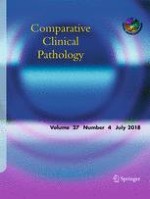