Normal biliary anatomy was noted in 57.8 %. The most common variants were Couinaud type D2, Choi type 3A, Huang type A1, Champetier type a, Ohkubo types D and J, and Karakas type 2a. The Ohkubo classification was the most appropriate; 3.1 % of right ducts and 6.3 % of left ducts with variant anatomy could not be classified using the Ohkubo classification. There was a good agreement between MRCP and direct cholangiography (ĸ = 0.9). Anomalous PBDJ was noted in 8.7 %. Variant biliary anatomy was not associated with gender (p = 0.194) or variant vascular anatomy (p = 0.24). 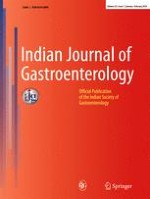