Objectives To evaluate the views of Australian pharmacists on expanded pharmacist prescribing roles and identify important drivers and barriers to its implementation. Setting Pharmacists in Australia. Method Data were collected using a self-administered questionnaire distributed nationally to a random sample of pharmacists either directly, or in the case of one state, via community pharmacies. One-way ANOVA and ϰ2 testing were used to identify significant associations. Factor analysis was conducted to pool variables and the derived factors were subjected to regression analysis. Mainoutcomemeasures Perceptions of Australian pharmacists on expanded prescribing and the relationships between variables derived. Results A total of 2592 questionnaires were distributed and a response rate of 40.4% was achieved (n = 1049). Of the respondents 83.9% strongly agreed/agreed to an expanded prescribing role for pharmacists and 97.1% reported they would need further training. Of the respondents 896 agreed that pharmacists should engage in supplementary, independent prescribing or both. Of these 69.1% preferred only supplementary prescribing, 3.3% independent prescribing and 27.4% both models. Both models were found to be positive predictors of expanding pharmaceutical services through prescribing (P < 0.001) with supplementary prescribing showing a stronger association (β = 0.52 vs. β = 0.18). Pharmacists’ opinion based on their current perceptions of their clients was an important predictor in expanding pharmaceutical services through prescribing (P = 0.005). Inadequate training in patient assessment, diagnosis and monitoring were the strongest barriers to expanded pharmacist prescribing (P < 0.001). Conclusions The majority of Australian pharmacists supported an expanded pharmacist prescribing role. Support for supplementary was stronger than independent prescribing. Pharmacists acknowledged that they would need further training to perform such roles. 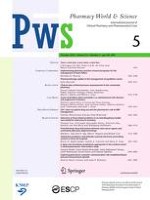 Soon: a new year, a new name, a new face