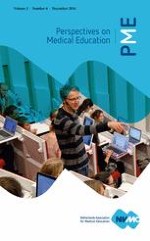 MOOCs and SMOCs: changing the face of medical education?

The relationship between academic assessment and psychological distress among medical students: a systematic review

Bridging the gap between CBME in theory and practice: the role of a teacher community