Fat-free mass (FFM)-based dose scaling is increasingly being adopted in clinical pharmacology. Given the complexities with the measurement of FFM in clinical practice, choosing an appropriate equation for FFM is critical for accurate dose scaling. Janmahasatian’s FFM model (FFMJan) has largely remained the preferred choice because of its mechanistic basis and good predictive properties. This model was, however, developed from a largely European cohort and has been shown to give biased predictions of FFM in Indian people.

The objective of this work was to derive an extended version of the FFMJan model (FFMExt) that accounts for the variation in body composition due to ethnicity, and to demonstrate its application by developing an extended FFM model in an Indian population (FFMExt,Ind).

The fundamental assumption of FFMJan model development was a linear relationship between bioimpedance and body mass index. In this extension to Janmahasatian’s work, this assumption was extended to allow for potential non-linear relationships. While the original ZJan model parameters were kept fixed, a set of body composition-related parameters \(\varPsi \{ \psi_{1} , \;\psi_{2} , \;\psi_{3} \}\) were incorporated, where \(\psi_{1}\) and \(\psi_{2}\) were the ethnicity factors to the intercept and the linear coefficient, respectively, and \(\psi_{3}\) a non-linear exponent. The model was then applied to data arising from a south Indian population and the \(\varPsi\) parameters were estimated by standard non-linear regression. The data were generated from a reference model for FFM for the Indian population, which was known to provide unbiased estimates for this population.

An FFMExt model has been achieved by extending the original FFMJan model assumptions to account for inter-ethnic differences in body composition. The extended model can be applied to any ethnic population by estimating a set of body composition-related parameters \(\varPsi\). This can be performed using bioimpedance data without the need for formal FFM measurements. 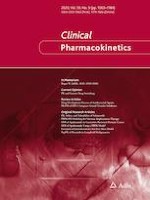