There is abundant literature regarding the perceived role of internists in perioperative care. Guidelines for risk stratification, optimization, and prophylaxis are proposed to decrease the morbidity and mortality that can arise from perioperative complications [ 1– 5]. Internists perceive that preoperative consultations are requested to risk stratify and optimize patients for surgery thereby decreasing complication rates. In addition to clinical role models, our own literature teaches us how to be effective consultants [ 6– 11]. Surprisingly, there is little literature or guidance from the surgeons who seek our services as to what they are looking for in an effective consultation.
A multicenter survey of orthopedic surgeons, general surgeons, obstetricians/gynecologists, and general internists revealed significant differences in opinion between surgeons and internists regarding issues such as limiting consultations to a specific question, writing orders on surgical patients, and the concept of comanagement relationships [ 12].
Anzeige
After discussion with referring services in our own center, we realized there were different perceptions as to the role of internists in the perioperative care of patients. This raised concerns for gaps in care and physician satisfaction as the consultee and consultant are not always aware of each others roles and intentions. Upon reviewing the literature, we discovered little to guide us in this area. Without discussing these issues with each other, the internist frequently proceeds with the consultation and perioperative care based on his or her own assumptions of what is wanted by the surgeon. This may result in suboptimal care of patients.
The objective of this study was to survey the surgeons in our city to understand why they ask for a preoperative consultation and what they envision the internist's role to be in perioperative care.

An anonymous survey was sent to all the surgeons in Saskatoon, Saskatchewan, Canada who request general internal medicine consultations from our general internal medicine group. Saskatoon is the referral center for almost 300,000 people in the province and consists of a university-based hospital and two community-based hospitals. More than 30,000 surgeries are performed annually. The protocol was reviewed and approved by the University of Saskatchewan Behavioral Research Ethics Board.
The survey identified the surgeon's specialty followed by five statements outlining an internist's potential role in perioperative care which the surgeons could (strongly) agree or (strongly) disagree with using a five point Likert scale. Surgeons were asked questions focusing on: (1) reason for requesting a consult, (2) the amount of interaction the internist should have with the patient, (3) the role of the internist in the preoperative assessment, (4) the role of the internist in the postoperative care, and (5) when a preoperative consultation should be scheduled. A five-point Likert scale was also used to rank 18 aspects of perioperative care that could potentially involve an internist. The Likert scale indicated 1 (strongly disagree), 2 (disagree), 3 (neither agree nor disagree), 4 (agree), and 5 (strongly agree). Factors were listed to which they responded if they would consult medicine or anesthesia (or both). Lastly, they were asked to write down comments they felt to be important. The survey was developed after discussion within our general internal medicine consultation group of specific patient concerns and noted gaps in care that were repeatedly observed. Exclusion criterion was surgeons in our district who did not routinely request general internal medicine preoperative consults from our group (ophthalmology, and cardiovascular surgery). This is primarily due to distribution of services in the city. Data was tabulated and frequencies calculated on Excel 2003. Median values were calculated using SPSS version 15.0.
Anzeige

Forty-two of 71 (59%) surgeons responded. Respondents included orthopedic surgeons (9), general surgeons (7), plastic surgeons (4), obstetrician/gynecologists (4), urologists (3), thoracic surgeons (2), vascular surgeons (2), neurosurgeons (2), an otolaryngologist (1), and eight did not specify their area.
The majority of survey questions and their results are outlined in Table 1. The majority of surgeons state they request a preoperative consult for a difficult case (83%) or a specific problem (81%). Sixty-nine percent disagree that it is requested for medico-legal reasons. While half agree that it is to "clear a patient" for surgery, one-third disagree with this statement. In the preoperative period, over 80% believe the internist should discuss the risks with the patient, advise patients of medication changes, and consult other specialties if indicated.
Table 1
Responses of Surgeons Regarding Role of Internist in Perioperative Care. (Likert score: 1 – strongly disagree, 2 – disagree, 3 – neither agree nor disagree, 4 – agree, 5 – strongly agree).
Postoperatively, only 19% feel that the internist should follow the patient daily while 50% disagree with this. Fifty percent feel the internist should see the patient postoperatively only if called to review. Paradoxically, a majority feel that the internist should adjust medications (eg. insulin, anti-hypertensive pills) postoperatively.
There were discrepant opinions as to whether the internist should inform the patient of risk, with the majority indicating they strongly agreed with this statement but a significant minority (17%) indicating they disagreed or strongly disagreed with the internist informing the patient of risk.
There was no consensus as to when a patient should ideally be seen preoperatively although most agree it should be somewhere between three to seven days and two to four weeks. The following time periods had responses for agree or strongly agree: a) 24% for 24 hours preoperative as the ideal time frame; b) 45% for 3 to 7 days; c) 52% for 2 to 4 weeks and d) 10% for 8 weeks.
The presence of cardiovascular disease, risk factors for cardiovascular disease and multiple medications prompted a medicine consult rather than anesthesia (Figure 1). Obesity, smoking, and type of surgery prompted a consultation to anesthesia. Although obesity and smoking are risk factors for cardiovascular disease, medicine was not preferentially consulted unless there was an established diagnosis.
×
The aspects of an internist's perioperative care deemed to be most important are: optimization of cardiac meds (93%), cardiac risk stratification (83%), addition of β-blockers (76%), and management of diabetes (74%), respiratory risk stratification (62%), and preoperative medication assessment (62%). Aspects deemed least important are: postoperative family discussions (74%), documentation of allergies (71%), postoperative fluid management (67%), antibiotic prophylaxis (64%), and thromboembolic prophylaxis (60%) (Table 2).
Table 2
Surgeons' Perceptions of Aspects of Medicine Consultation Deemed Most or Least Important. ((Likert score: 1 – strongly disagree, 2 – disagree, 3 – neither agree nor disagree, 4 – agree, 5 – strongly agree).

Out study illustrates the importance of communication and collaboration between specialties to enhance care and ensure the safety of our mutual patients. Without being aware that most surgeons request a preoperative consultation for a specific question or perceived difficult case or whether they want the internist to discuss risk with the patient and actively manage their medications the internist may perform a completely different aspect of care with the patient. These potential gaps in communication could lead to patient safety issues and suboptimal care. We suggest that each internist involved in consultation medicine should discuss with their "consultees' what they desire from the consultation to ensure that they know what is expected of them. For example it should be very clear who will discuss the internist's findings with the patient to ensure that the patient is fully informed. We believe that future research should focus on how to eliminate the gaps in communication and ensure that each specialty has a mutual understanding of each others roles to optimize patient care. In the future teaching of perioperative care indisciplinary collaboration to ensure that the needs of the patient are fully met is vital.
Anzeige

There was no external funding for this study.
This article is published under license to BioMed Central Ltd. This is an Open Access article distributed under the terms of the Creative Commons Attribution License ( http://​creativecommons.​org/​licenses/​by/​2.​0), which permits unrestricted use, distribution, and reproduction in any medium, provided the original work is properly cited. 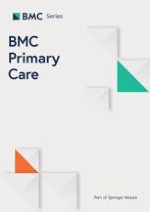 What are the roles involved in establishing and maintaining informational continuity of care withinfamily practice? A systematic review

Protocol for SAMS (Support and Advice for Medication Study): A randomised controlled trial of an intervention to support patients with type 2 diabetes with adherence to medication

Facilitating access to voluntary and community services for patients with psychosocial problems: a before-after evaluation