A total of 148 eligible trials were found and assessed, 31 in the surgical group (2606 patients) and 117 in the nonsurgical group (9456 patients). There were 14 different operations described in the surgical group and 29 different nonsurgical treatments in the nonsurgical group along with partial lateral internal sphincterotomy (LIS). There were 61 different comparisons. Of these, 47 were reported in two or fewer studies, usually with quite small populations. The largest single comparison was glyceryl trinitrate (GTN) versus control with 19 studies. GTN was more effective than control in terms of sustained cure (odds ratio = 0.68; 95% confidence interval = 0.63–0.77) but the quality of evidence was very poor due to severe heterogeneity and risk of bias due to inadequate clinical follow-up. The only comparison to have a high GRADE quality of evidence was a subgroup analysis of LIS versus any medical therapy, with outcome of treatment failure (0.12; 0.07–0.21) and mild incontinence (4.41; 1.97–9.87) assessed after at least 6 months from surgery. There were 12 studies in this analysis, the medical therapy being GTN in 6, Botox in 5, and calcium channel blocker (CCB) in 1. Most of the other analyses were downgraded in GRADE due to imprecision, i.e., too few or too small studies, and significant heterogeneity in almost all other comparisons with more than six studies. 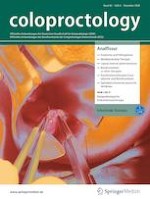