Hospital cost data, discharge disposition, readmission rates, and readmission costs from periampullary cancer patient cohorts of LPD and OPD were compared. The surgical cohorts over a 40-month period were clinically similar, consisting of 52 and 50 patients in the LPD and OPD groups, respectively.

The total operating room costs were higher in the LPD group as compared to the OPD group (median US$12,290 vs US$11,299; P = 0.05) due to increased costs for laparoscopic equipment and regional nerve blocks (P ≤ 0.0001). Although hospital length of stay was shorter in the LPD group (median 7 vs 8 days; P = 0.025), the average hospital cost was not significantly decreased compared to the OPD group (median $28,496 vs $28,623). Surgery-related readmission rates and associated costs did not differ between groups. Compared to OPD patients, significantly more LPD patients were discharged directly home rather than to other healthcare facilities (88% vs 72%; P = 0.047).

For the index hospitalization, the cost of LPD is equivalent to OPD. Total episode-of-care costs may favor LPD via reduced post-hospital needs for skilled nursing and rehabilitation. 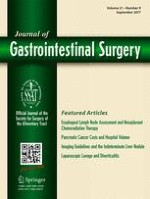 Laparoscopic Lavage in the Management of Perforated Diverticulitis: a Contemporary Meta-analysis

Esophagectomy with Esophagocoloplasty for Malignancies: Indications, Technique (with Video), and Results. Systematic Review of the Literature

Elective Colectomy for Diverticulitis in Transplant Patients: Is It Worth the Risk?

Surgical Ampullectomy with Complete Resection of the Common Bile Duct: a New Procedure for Radical Resection of Non-invasive Ampulloma with Biliary Extension