The incidence of tongue squamous cell carcinoma (TSCC) in young patients has recently increased, and these TSCCs are believed to be etiologically distinct from those in older patients, who have longer exposure to risk factors such as tobacco and alcohol. The prognosis of TSCCs in young patients remains controversial.

We retrospectively reviewed the records of 117 patients (2001–2011) who were diagnosed with squamous cell carcinoma of the oral tongue. Patients were divided into two age groups, older (ages over 40) and younger (ages 40 and younger). Data were compared between the two groups, and survival rates were analyzed. 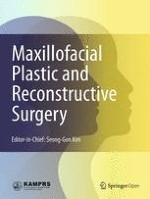 Erratum to: Usefulness and capability of three-dimensional, full high-definition movies for surgical education

Treatment of dental implant displacement into the maxillary sinus