Anatomical classification of the shape and topography of the stomach | springermedizin.de Skip to main content
TOOLBAR 1 2 3 4
SUCHE MENÜ 1 2 3 4

The aim of the study was to present the classification of anatomical variations of the stomach, based on the radiological and historical data. In years 2006–2010, 2,034 examinations of the upper digestive tract were performed. Normal stomach anatomy or different variations of the organ shape and/or topography without any organic radiologically detectable gastric lesions were revealed in 568 and 821 cases, respectively. Five primary groups were established: abnormal position along longitudinal (I) and horizontal axis (II), as well as abnormal shape (III) and stomach connections (IV) or mixed forms (V). The first group contains abnormalities most commonly observed among examined patients such as stomach rotation and translocation to the chest cavity, including sliding, paraesophageal, mixed-form and upside-down hiatal diaphragmatic hernias, as well as short esophagus, and the other diaphragmatic hernias, that were not found in the evaluated population. The second group includes the stomach cascade. The third and fourth groups comprise developmental variations and organ malformations that were not observed in evaluated patients. The last group (V) encloses mixed forms that connect two or more previous variations. 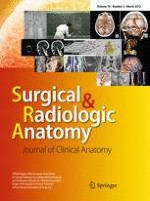