The purpose of the study was to describe the anatomical variations of the connection between the flexor hallucis longus (FHL) and flexor digitorum longus (FDL) tendons in the knot of Henry in Asians, and quantify the length of FHL tendon graft with different incisions.

The absence of no attachment and FDL tendon to the FHL between the two tendons in the foot may be more frequent than previously reported. Only two configurations of the anatomical relationship were found in this study. In over 96 % of the feet, a proximal to distal connection from the FHL to the FDL was found, which might contribute to the residual function of the lesser toes after FDL transfer. 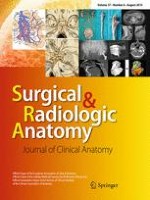 MRI evaluation of the development of intercondylar notch width in children