Trichosanthis semen, the seeds of Trichosanthes kirilowii Maxim. or Trichosanthes rosthornii Harms, has long been used in Korean medicine to loosen bowels and relieve chronic constipation. Although the fruits and radixes of this medicinal herb and their constituents have been reported to exhibit therapeutic effects in various cancers, the anti-cancer effects of its seeds have been relatively less studied. In this study, we investigated the effects of an ethanolic extract of T. kirilowii seeds (TKSE) against colorectal cancer and its mechanism.

The anti-tumor effects of the TKSE were evaluated in HT-29 and CT-26 colorectal cancer cells and in a CT-26 tumor-bearing mouse model.

TKSE suppressed the growth of HT-29 and CT-26 cells (both colorectal cancer cell lines) and the cytotoxic effect of TKSE was greater than that of 5-fluorouracil (5-Fu) in HT-29 cells. TKSE significantly induced mitochondrial membrane potential loss in HT-29 and CT-26 cells and dose-dependently inhibited Bcl-2 expression and induced the cleavages of caspase-3 and PARP. In particular, TKSE at 300 µg/mL induced nuclear condensation and fragmentation in HT-29 cells. Furthermore, TKSE dose-dependently inhibited activations of the Akt/mTOR and ERK pathways, and markedly induced the phosphorylation of AMPK. An AMPKα inhibitor (compound C) effectively blocked the TKSE-induced mitochondrial dysfunction. In addition, TKSE attenuated the hypoxia-inducible factor-1α/vascular endothelial growth factor signaling pathway in HT-29 cells under hypoxic-mimic conditions and inhibited migration and invasion. Oral administration of TKSE (100 or 300 mg/kg) inhibited tumor growth in a mouse CT-26 allograft model but was not as effective as 5-Fu (the positive control), which was administered intraperitoneally. In the same model, 5-Fu caused significant body weight loss, but no such loss was observed in TKSE-treated mice. 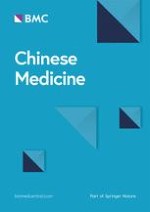 Variation in the microbial community contributes to the improvement of the main active compounds of Magnolia officinalis Rehd. et Wils in the process of sweating