Contrast-induced acute kidney injury is a prevalent cause of renal failure, and the noninvasive tools to monitor its progress are lacking. We applied intravoxel incoherent motion (IVIM) DWI to measure the progressive changes in kidney diffusion and perfusion of CI-AKI.

Our study demonstrates the feasibility of using IVIM DWI to monitor the progress of CI-AKI, implying that IVIM DWI is a useful biomarker in the staging of CI-AKI. 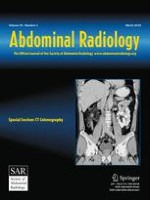