We evaluated the feasibility and acceptability of self-sampling for human papillomavirus (HPV) testing and calculated the prevalence of and risk factors for high-risk (hr) HPV infections in a community-based sample of American Indian women. To this end, we recruited 329 Hopi women aged 21–65 years to self-collect vaginal samples for hrHPV testing. Samples were tested by polymerase chain reaction for 14 hrHPV genotypes. We used Chi square tests to identify correlates of preference for clinician Pap testing versus HPV self-sampling, and age-adjusted Poisson regression to evaluate correlates of hrHPV prevalence. We found that satisfaction with HPV self-sampling was high, with 96 % of women reporting that the sample was easy to collect and 87 % reporting no discomfort. The majority (62 %) indicated that they preferred HPV self-sampling to receiving a Pap test from a clinician. Preference for Pap testing over HPV self-sampling was positively associated with adherence to Pap screening and employment outside the home. All samples evaluated were satisfactory for HPV testing, and 22 % were positive for hrHPV. HrHPV prevalence peaked in the late 20 s and declined with increasing age. HrHPV positivity was inversely associated with having children living the household. In conclusion, HPV self-sampling is feasible and acceptable to Hopi women, and could be effective in increasing rates of cervical cancer screening in Hopi communities. HrHPV prevalence was similar to estimates in the general United States population. 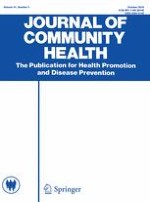 Health Related Absenteeism of Family Physicians in the Negev Region of Israel: A Cross-Sectional Study

Screening for Antepartum Depression Through Community Health Outreach in Swaziland

Intestinal Infections Among Febrile Hospitalized Patients in the Republic of Armenia: A Retrospective Chart Review