A cross-sectional study was conducted in five hospitals in the Netherlands and the UK. Patients with mCRC were eligible if prescribed a second or subsequent line of therapy or best supportive care (BSC), received prior oxaliplatin in first-line therapy, and had Eastern Cooperative Oncology Group (ECOG) performance status scores of 0–2 at second-line initiation. Patients completed the EuroQol Quality of Life 5-Dimensions 3-levels (EQ-5D-3L) questionnaire and were categorized as pre- or post-progression. Chart data including patient demographics, clinical history, prior/current treatments and serious adverse events (SAEs) were collected. Mean utilities were estimated; uni- and multivariate analyses were conducted.

This is the first real-world study to collect utilities for patients with second-line mCRC pre- and post-disease progression. Utility values were similar pre- and post-progression. To further explore the effect of radiological progression on utilities, longitudinal research is required that includes patients in palliative care centres. 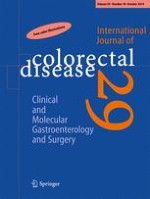 Do smoking and obesity really do not have any negative influence on wound healing after surgery of pilonidal disease?