The slit diaphragm is an adhesion and signalling protein complex linking the interdigitating podocyte foot processes in the kidney glomerulus, and mutations in slit diaphragm-associated genes result in severe proteinuria. Here we report a genetic association analysis of four slit diaphragm genes, LRRC7, KIRREL, NPHS2 and ACTN4, in a Finnish diabetic nephropathy cohort.

No associations with diabetic nephropathy were observed for any of the analysed SNPs. The SNPs were not associated with the time from the onset of diabetes to the diagnosis of nephropathy or with glomerular filtration rate or AER as quantitative variables. In a sex-specific sub-analysis, the variants rs979972 and rs749701 in the first intron of ACTN4 were nominally associated with diabetic nephropathy in females, with odds ratios of 1.81 (95% CI 1.18–2.79, p = 0.007) and 1.93 (95% CI 1.26–2.96, p = 0.003) respectively.

Our study has not found any evidence that common variants in LRRC7, KIRREL, NPHS2 and ACTN4 contribute to susceptibility to diabetic nephropathy in Finnish patients with type 1 diabetes. 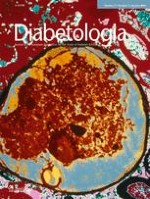