The aim of this study was to examine the oral health-related behaviors in mothers and their children and the prevalence of dental caries in both.

A sample of 2536 children and their mothers was selected from the Fifth Korean National Health and Nutrition Examination Survey. Variables were analyzed using multiple regression to evaluate the prevalence of dental caries among children and mothers, demographic socioeconomic status, and oral health-related behaviors. 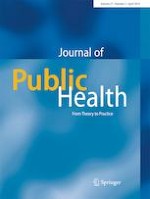 Determinants of obesity in Turkey: appetite or disease?