The online version of this article (doi:10.​1186/​cc13133) contains supplementary material, which is available to authorized users.

Sepsis is the leading cause of acute kidney injury (AKI) in critically ill patients [ 1] and is associated with high in-hospital mortality, exceeding 50% when AKI is part of a multiple organ failure syndrome. Among the factors predisposing patients to AKI, two seem to predominate: (1) macro- and microhemodynamic impairment [ 2] and (2) immune toxicity in kidney tissue cells [ 3]. Although it has been suggested for a long time, the role of compromised systemic hemodynamics leading to AKI in septic patients remains a source of debate [ 4, 5]. Surprisingly, the association between the development of AKI and systemic hemodynamic parameters has not been extensively investigated [ 6], particularly with regard to venous congestion. Although studies have been done in which renal venous congestion in heart failure [ 7, 8] or experimental septic AKI was suggested, renal congestion has not been explored in septic patients [ 9]. The present retrospective study was designed to investigate the relation between systemic hemodynamics and the progression of AKI in severe sepsis or septic shock patients.

This study was approved by our local ethics committee (Ethics Committee for the Evaluation of Biomedical Research Projects of North Paris), and the need for informed consent was waived because of the noninterventional, retrospective design of the study. Figure  1 shows the flowchart of the study. All patients with a diagnosis of severe sepsis or septic shock [ 10] admitted to our surgical ICU between January 2006 and December 2010 were screened. Patients were excluded if they did not have central venous pressure (CVP) and/or cardiac output (CO) monitoring (for example, cervical cellulitis) or if they died within 24 hours of admission. The selected cohort was treated according to our local institution recommendations: antibiotics were administered within the 6 hours after admission and fluid resuscitation was initiated with crystalloids (NaCl 0.9% or Ringer’s lactate solution) or with gelatin solution for some others (Plasmion; Fresenius Kabi France, Sèvres, France). Norepinephrine was largely the most frequently used vasopressor, and some patients were given a combination of norepinephrine and either epinephrine or dobutamine in the presence of cardiac dysfunction, a decision made by the physician in charge. When mechanical ventilation was initiated, tidal volume was set to maintain an inspiratory plateau pressure less than 30 cmH 2O.
×
Anzeige

The diagnosis of AKI was based on the Acute Kidney Injury Network (AKIN) classification. AKI upon admission was defined as an increase in serum creatinine level >50% from baseline or ≥26 μmol/L or oliguria (urinary output <0.5 ml/kg/h for 6 hours). Baseline serum creatinine levels were measured in blood samples taken before hospital admission when available ( n = 37 (27%)). In cases where the baseline creatinine level or glomerular filtration rate (GFR) was not available, the lowest serum creatinine level measured during the patient’s hospital stay was used if the GFR was ≥75 ml/min/1.73 m 2 ( n = 42 (31%)). In other cases, the baseline creatinine level was estimated by using the Modification of Diet in Renal Disease equation with a normal GFR value of 75 ml/min/1.73 m 2 ( n = 58 (42%)) [ 13]. The primary endpoint was the development of a new AKI or persistent AKI during the 5 days following admission. New AKI was defined as (1) an increase in serum creatinine level ≥26 μmol/L or >50% compared to baseline value or (2) need for renal replacement therapy (RRT) after the first 24 hours from admission in patients who had no AKI upon admission. Persistent AKI was defined as a steady or increase in AKIN classification stage between the first 24 hours following admission and day 5 in patients with AKIN stage ≥1 at the time of inclusion in the study. Transient AKI was defined as downstaging of AKI between the first 24 hours following admission and day 5 (for example, from AKIN stage 1 to stage 0). Patients with no AKI or transient AKI are referred to throughout the article as the AKI − group, and patients with new or persistent AKI constitute the AKI + group.

Quantitative parameters are reported as median and interquartile range (IQR; 25th to 75th percentile), and qualitative parameters are expressed as number and percentage. Categorical variables were compared using the χ 2 test or Fisher’s exact test as appropriate. Continuous variables were compared using the Mann–Whitney U test.
Anzeige

The secondary endpoint of the study was the association of AKI with in-hospital mortality, length of stay in the ICU or time from diagnosis of septic shock until death, discharge or transfer. Being alive at discharge was considered a competing event with all-cause in-hospital mortality. The association between AKI + and in-hospital mortality was estimated using cause - specific Cox proportional hazards models. Appropriate methods for censored data were used. P < 0.05 was considered statistically significant. All analyses were performed using R 2.6.2 statistical software (The R Foundation for Statistical Computing, Vienna, Austria).

In the present study, we observed a weak association between systemic hemodynamic parameters and the development of AKI among septic ICU patients. The hemodynamic parameter most associated with the development or progression of AKI, regardless of the level of fluid balance and PEEP, was the CVP level. This suggests participation of venous congestion in the physiopathology of AKI in severe sepsis and septic shock.
Although the role of renal hypoperfusion is believed to contribute to the development of sepsis-induced renal dysfunction, AKI appears to be only partially reversible after optimization of systemic hemodynamics [ 14]. Recently, Schnell et al. found that fluid loading did not influence the Doppler renal resistive index in septic ICU patients [ 6]. Although resuscitation targeting the forward determinants of renal blood flow (MAP and CO) is common, little is known about backward determinants (renal venous pressure). In experimental studies, renal venous congestion has been shown to be important in promoting renal injury [ 8, 15, 16]. Uncoupling CO and AKI has also been observed in experimental septic models [ 17, 18]. In patients with acute heart failure, the increase in CVP, but not CO, has been found to be strongly associated with AKI [ 19, 20]. An association between AKI and elevated atrial and brain natriuretic peptide levels in chronic heart failure or after cardiac surgery suggests that cardiac chamber distension by fluid overload and high filling pressure is involved [ 21]. In the present study, arterial pressure and CO were not statistically different between the two groups of patients, except for DAP. Because renal vascular resistance is low, as evidenced by a positive diastolic blood flow velocity, diastolic perfusion pressure might be a key determinant of renal perfusion [ 2, 6]. The reduction in diastolic flow may result from a decrease in diastolic perfusion pressure related to an increase in renal venous back pressure and/or a decline in DAP [ 22].
The intravascular level of CVP depends on the patient’s volemic status, right and left heart function, surrounding venous pressure increased by mechanical ventilation, and/or reduced venous compliance. While a patient is in supine position, the renal venous flow depends on renal venous pressure, which is higher than CVP by at least 2 mmHg [ 23]. The recommended Surviving Sepsis Campaign (SSC) guidelines targeting CVP between “8 and 12 mmHg in spontaneous breathing” or “between 12 and 15 mmHg in patients receiving mechanical ventilation” [ 10, 12] might correspond to a level of renal venous pressure as high as 17 mmHg. To illustrate such a concept, the computed average renal diastolic perfusion pressure was estimated to be approximately 35 mmHg in the AKI + group vs. about 42 mmHg in the AKI − group, a difference that may affect glomerular filtration pressure.
Fluid resuscitation and pressure optimization to better perfuse the kidney, a landmark treatment for septic patients, is based on the improvement of renal perfusion pressure. For some patients, the induced CVP elevation may overcome the DAP increase, reducing renal perfusion with harmful effects on renal function. This aspect is supported by the recently reported association between fluid overload and mortality in critically ill patients, especially in patients with AKI or septic shock [ 24], and confirmed by post hoc analysis of the Vasopressin and Septic Shock Trial [ 25]. The investigators in that trial reported that a positive fluid balance and elevated CVP were associated with increased mortality in patients with septic shock [ 25]. Other factors may also accompany the venous congestion mechanism, such as an increase in renal interstitial pressure associated with hyperpermeability and inflammatory cell adherence [ 26– 28]. The creation of a vicious circle with oliguria and fluid-loading may then aggravate AKI. Therefore, achieving a defined CVP as a therapeutic target might not be suitable in septic patients. Our study suggests instead that hemodynamic targets are best achieved at low CVP (that is, CVP less than 8 to 12 mmHg). The SSC guidelines mention that “in mechanically ventilated patients or those with known preexisting decreased ventricular compliance, a higher target CVP of 12–15 mmHg should be achieved to account for the impediment in filling” [ 12]. The vast majority (86%) of our patients were under mechanical ventilation during the first 24 hours after ICU admission and would therefore be expected to achieve higher CVP. The results of our study suggest, however, that such targets might be too high from a renal perspective. The strategy to be applied in patients presenting with high CVP or with elevation of CVP during resuscitation requires additional studies, but fluid restriction in these patients is an important option to be considered.
Anzeige
Our study has several limitations. First, the sample size was rather small, thus our results must be confirmed in a larger, multicenter cohort. Only patients with hemodynamic monitoring, including CVP, were included, which may have introduced bias. In this respect, we selected patients with the most severe forms of sepsis, as defined by the high Sequential Organ Failure Assessment scores, with the large majority of them being under mechanical ventilation and treated with vasopressors. Also, a high proportion (32%) of patients received RRT, which appears to be consistent with a recently published observational cohort of patients with septic shock [ 29].
Second, the study design was noninterventional, and the association between CVP and AKI does not prove a causal relationship. Whether actively decreasing CVP may improve outcomes and prevent AKI needs further evaluation, and which strategy should be applied to patients with high CVP merits further study.

In this study, we observed a loose association between most systemic hemodynamic parameters and development of new or persistent AKI in septic patients, with the exception of CVP. The association of the level of CVP and the risk of developing AKI suggests a role of venous congestion in the development of AKI. The paradigm targeting high CVP to reduce occurrence of AKI should be reconsidered in this setting. 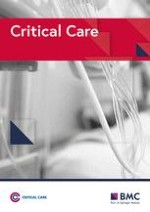 The prognostic value of ADAMTS13 (a disintegrin and metalloprotease with thrombospondin type 1 repeats, member 13) deficiency in septic shock patients involves interleukin-6 and is not dependent on disseminated intravascular coagulation

Of ions and temperature: the complicated interplay of temperature, fluids, and electrolytes on myocardial function

Continuous positive airway pressure and ventilation are more effective with a nasal mask than a full face mask in unconscious subjects: a randomized controlled trial

BTLA as a biomarker and mediator of sepsis-induced immunosuppression