In this retrospective study, the use of adjuvant therapy in ampullary cancer was associated with significantly improved overall survival. The benefit of adjuvant therapy for this disease should be confirmed in a more rigorous fashion via randomized controlled trials. 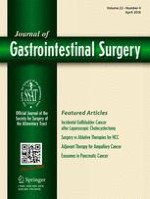 Exosomes in Pancreatic Cancer: from Early Detection to Treatment