Metabolic syndrome (MetS) represents a cluster of multiple interrelated metabolic disorders, including obesity, insulin resistance, dyslipidaemia, hypertension, and hyperglycaemia [ 1, 2]. MetS has gained importance because of its close association with type 2 diabetes and cardiovascular disease [ 3, 4]. It has been well documented that excess adiposity is strongly associated with the development of MetS in the general population [ 5, 6]. Moreover, obesity-associated insulin resistance and low-grade inflammation may largely account for the development of MetS [ 3, 7]. Previous research has indicated that several cytokines secreted by adipocytes, including resistin, leptin and adiponectin, have pro- and anti-inflammatory properties and are associated with incidence of type 2 diabetes, MetS, and cardiovascular disease [ 8– 10].
Neuregulin 4 (Nrg4) is a secreted adipokine recently identified as playing an important role in modulating systemic energy metabolism and in the development of metabolic disorders in rodent and human obesity, including type 2 diabetes and non-alcoholic fatty liver disease (NAFLD) [ 11]. As a brown fat-enriched endocrine factor, Nrg4 attenuates hepatic lipogenic signaling and preserves glucose and lipid homeostasis in obesity [ 12]. However, the relationship between circulating Nrg4 and metabolic disorder in human subjects remains largely unclear. To our knowledge, only one case-control study has tested circulating Nrg4 levels in 87 NAFLD subjects versus 87 non-NAFLD controls, and reported that circulating Nrg4 levels were decreased in NAFLD subjects [ 13]. Information is not available regarding the association between circulating Nrg4 and risk of MetS in humans. Accordingly, in the current study, we aimed to explore the association between circulating Nrg4 and risk of MetS in obese Chinese adults.
Anzeige

Obese adults aged 40 years or older from the Lianqian community, Xiamen, China, were screened with physical examination from April 2011 to December 2013. The details of the study design and methods have been previously reported [ 14]. A total of 1212 adult obese subjects with a waist circumference greater than 90 cm for men or 80 cm for women were included in the analysis. Of them, 485 participants were randomly selected to further receive magnetic resonance spectroscopy for the measurement of hepatic fat content. All subjects completed a physical examination and a standard questionnaire including social-demographic status, lifestyle habits (i.e. smoking status, alcohol consumption and physical activity using the International Physical Activity Questionnaire), and medical history. Individuals were excluded if they had cancer, current treatment with systemic corticosteroids, biliary obstructive diseases, acute or chronic virus hepatitis, drug-induced liver diseases, total parenteral nutrition, autoimmune hepatitis, Wilson’s disease, or known hyper- or hypothyroidism.
All subjects provided written informed consent. The study protocol was approved by the Institutional Review Board of the First Affiliated Hospital of Xiamen University. The methods were carried out in accordance with the approved guidelines.

Serum Nrg4 concentrations were measured using an enzyme-linked immunosorbent assay (ELISA) kits (Aviscera Biosciences, Santa Clara, CA). The assay has been shown to be highly sensitive to human Nrg4 with a sensitivity of 0.25 ng/mL. The linear range of the standard was 0.5–32.0 ng/mL, and the intra- and inter-assay variations were both less than 10 %.

Our study provides, for the first time, clinical evidence revealing that circulating Nrg4 concentrations are inversely associated with risk of MetS in obese Chinese adults. These findings suggests that circulating Nrg4 concentrations may be a protective factor in the development of MetS and underscore the importance of Nrg4 as a potential therapeutic target for MetS.

CC, ML, SY and HZ generated the hypothesis, directed the implementation, and wrote the manuscript. YX and CC contributed to analytic strategy and statistical analyses. HZ, SY, XL and ML supervised the field activities and data collection and edited the manuscript. All authors read and approved the final manuscript. 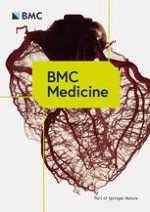 Sharing all types of clinical data and harmonizing journal standards

Rationing tests for drug-resistant tuberculosis – who are we prepared to miss?

What can we offer to 3 million MDRTB household contacts in 2016?

The impact of migration on tuberculosis epidemiology and control in high-income countries: a review