To investigate whether rs11190870 near LBX1 correlates with the susceptibility or curve progression of adolescent idiopathic scoliosis (AIS) in a Han Chinese population.

A total of 949 AIS patients and 976 age-matched healthy controls were recruited. All the subjects were genotyped using the PCR-based invader assay. Case–control study and case-only study were performed to define the contribution of rs11190870 to predisposition and curve severity of AIS. Additionally, we further conducted a meta-analysis of the study findings together with those of previously reported studies.

The SNP rs11190870 near LBX1 is associated with both susceptibility and curve progression of AIS. 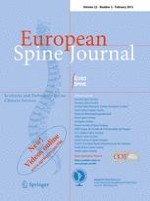